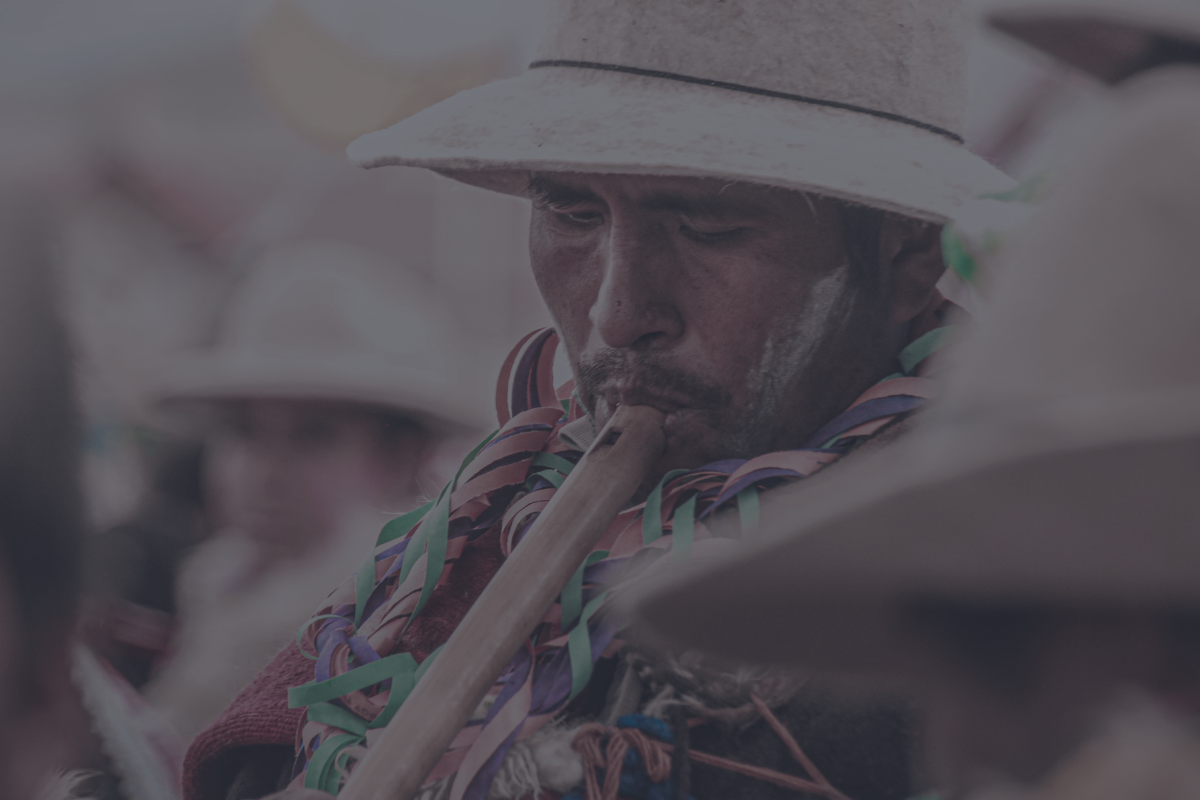 The history of Hallucinogens

Hallucinogens go way back and have a longstanding and profound reputation. They have been used for thousands of years by non-Western cultures as ”Sacred” substances and are known for their ability to heal, restore personal imbalances, and connect with the realms of spirituality. Even today, they are still used around the world during religious rituals and ceremonies. What can we learn from these ancient traditions and practices? Are there clues that can help us on our way in the pursuit of responsible and safe practice within our Western culture?

Hallucinogens as part of human evolution?

Evidence in ancient texts and writings

The discovery coming from the western world

Hallucinogens and the Formation of Culture

Ancient knowledge in a present-day setting

Hallucinogens as part of human evolution?

The idea that Hallucinogens may have been present before the emergence of mankind is not as far fetched as it initially seems. There is convincing evidence to suggest that mushrooms and fungal species, were present on the earth well before species of plants, animals and mankind.

The ”Stoned Ape” theory by Terrence McKenna states that hallucinogens caused Homo erectus, to eventually become Homo sapiens. In his book Food of the Gods, he explains that the North African continent became more and more arid turning into grasslands towards the end of the latest ice age. Our ancestors who previously lived in trees had to adapt to survive. McKenna claims that they were hunter-gatherers living in close proximity to herds of grazers. It is highly plausible that they crossed paths with the Psilocybin-containing mushrooms, which are known to have been found on cattle dung. In 1970, psychologist Roland Fischer demonstrated that low doses of Psilocybin improves eyesight. This improvement would have benefited our ancestors while hunting and gathering for food. The theory states that the introduction of Psilocybin-containing mushrooms allowed them to increase their learning abilities to subsequently move up the food chain.

There are several clues that traces the use of hallucinogens back to prehistoric times. One of these discoveries takes us back to a cave in the Tassili-N-Aijer region of the Sahara desert in Algeria. In the cave we find a mural of a ”mushroom shaman” with ”Magic Mushrooms” all over his body and in his hands. These mushrooms were later identified as Psilocybe Mairei, an indigenous species found regularly in the region. The mural is believed to be 7000 to 9000 years old.

The Selva Pascuala mural, which dates back approximately 6000 years, is the earliest discovery of the use of hallucinogens in Europe. Depicted on the mural is most likely, the psychoactive Psilocybe Hispanica.

On the banks of the Pegtymel River in Siberia we find another 3000 year old engraving depicting humanoid figures with mushrooms on their heads. This later turned out to be the Amanita Muscaria Mushroom, a species with psychoactive properties.

We also find numerous clues coming from the ancient Native American cultures. Peyote buds and sculptures, for example, were found in the caves of Shumla, in the North American Rio Grande region. Peyote is a cactus which contains the psychoactive substance Mescaline. The identification of Mescaline found in the buds provide strong evidence that the hallucinogenic effects of peyote were already acknowledged 5700 years ago by the native communities.

Several findings from the South American amazons show that ayahuasca, a hallucinogenic brew made from a mixture of various plants, was already being used 5000 years ago by several indigenous groups for healing and spiritual growth.

One of the most legendary discoveries comes from South American Guatemala. The 3500 year old “Mushroom Stones” are an iconic finding and leave very little to the imagination. The exquisite sculptures are irrevocable evidence of a full-blown Mushroom Cult and paint a clear picture of the significant function that hallucinogenic mushrooms have played.

Meanwhile, in northern Peru, a 3,000-year-old stone carving of a God-like figure holding a san pedro cactus is being found. The San Pedro also contains the psychoactive substance Mescaline and has been used by the Indigenous for many thousands of years for healing and spirituality, during rituals and ceremonies.

We travel to Mexico where again, we discover very highly detailed stones with very clear depictions of the Psilocybe Mexicana species. The 2500 year old sculptures are believed to have been used as mortars to make a mixture of dried mushrooms before being used during ceremonies. Ancient practices from Mayan culture reinforce this claim.

Evidence in ancient texts and writings

Extraordinary discoveries and astonishing murals show only a tip of the iceberg. We can find countless descriptions in ancient writings and documents which repeatedly refer to the use of magical potions, medicinal elixirs and combinations of psychoactive plants. In the Hieroglyphics of ancient Egypt, we are finding evident indications where blue lotus and Amanita Muscaria mushrooms were being praised for their psychoactive properties.

The ancient Vedic texts repeatedly mention ”Soma,” a psychoactive concoction of which the exact constituents are a mystery to this very day.

From Eleusinian legends and the mystery teachings of the ancient Greeks, a psychoactive potion is described which was called ”kykeon. It was drunk by priestesses and initiates and elicited profound visual experiences. The molecular composition of the drink is very similar to that of Lysergic Acid-Ethylamide, better known as LSD.

Some scholars claim that the Holy Bible contains clear references to the use of various hallucinogens. The idea that Jesus practiced as a shaman or a medicine man cannot be ruled out. Anyone who immerses himself in the mysteries surrounding biblical medicines, ceremonial incense (Myrrh) and psychoactive plants will quickly find him or herself in the alchemical and shamanic practice of these ancient practices. The beginning of the Biblical era marked a rupture with the polytheistic movements of ancient Mesopotamia and Egypt. These cultures were inextricably linked to shamanism and more often worked with herbal remedies and plant medicines, a practice often described as pagan in the Old Testament. Furthermore, there are numerous descriptions of vivid visual experiences and extraordinary occurrences, often described in a ritual context. If we follow the clues in the Bible, and compare them with the other evidence we find worldwide, the conclusion that hallucinogens played a major role is very plausible.

The discovery coming from the western world

The first Europeans to come into contact with hallucinogenic mushrooms were most likely the Spaniards under the guidance of Cortes, when they conquered Mexico in 1512. There are several notes describing that mushrooms played a significant role during ceremonies and rituals. It was known to them that there were several species that were described by the Indians as ”meat of the gods.” Later, many Westerners traveled to indigenous regions to learn about these hallucinogens, study them, and to understand them within terms of the sciences. There is countless evidence of pioneering efforts from the West in search for answers about these magical plant medicines.

Hallucinogens and the Formation of Culture

Worldwide, numerous different Hallucinogens are found in roots, plants, herbs, seeds and fungi. It was only a matter of time before cultures around the world would embark upon this discovery journey. Anthropology and archaeology indicate that the substances have been used for over thousands of years in ceremonial settings and as a powerful tool to enhance cognitive functionality. Cultural history clearly shows that the use of these hallucinogens has been central to religion, philosophy and culture across many nations. Is this merely coincidence, or is there a profound message hidden in the artefacts of our ancestors? What does history reveal about the nature of the psychedelic experience?

Ancient knowledge in a present-day setting

One thing we find repeatedly throughout the history of hallucinogens is an emphasis on the immaterial. In almost every case, the psychedelic experience is associated with the spiritual nature of life, the mysteries of the universe, and the secrets of the afterlife. If there is anything we can learn from this it is that mysticism, is inseparable from both psychedelics and all things related to it. The sacred nature of ritual is found in virtually all the artifacts, findings and writings and represents thousands of years of knowledge and experience, in which our ancestors have preceded us. This vast body of knowledge is the very foundation of the psychedelic experience and must be acknowledged at all times. It fundamentally underlies the mysterious nature of our wonderful universe.