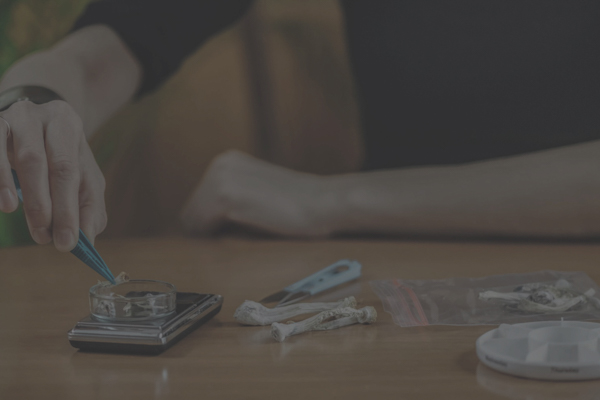 Stacking is the practice of adding various natural supplements and vitamins to a Micro-dose of Psilocybin. More and more research suggests that adding medicinal mushrooms can optimize the effect of Microdosing. There are several ”Stacking Methods” now being used of which the “Stamets Stack” is the most popular one. Adding Lion’s Mane mushroom and Niacin is thought to stimulate the production of new brain cells.

Microdosing with Psilocybin, Lion’s Mane and Niacin can cause the generation of new brain cells, which is called neurogenesis within epigenetic sciences. Lion’s Mane has the capacity to create new neurons and neurological pathways which complements the effects of Psilocybin found in truffles and magic mushrooms. Niacin has been included in the stack to increase absorbability.

The Paul Stamets Stack is a Microdosing protocol. It is designed to improve the overall user experience of Microdosing. In addition to the usual dose of Psilocybin, Lion’s Mane powder or extract, and Niacin, aka vitamin B3 are added. Stamets designed this particular stack based on the assumption that the interaction between the 3 different main components increases the efficacy of Microdosing.

Paul Stamets is an American author, entrepreneur and mycologist specializing in psychedelics, and the medicinal uses of compounds found in mushrooms. Rather than considering old-growth forests, particularly in the northwestern U.S., as a commodity for logging, he says their fungal genome has incalculable value.

Stamets was born in Ohio and began his career as a logger before he became interested in mycology. His hypothesis is that Psilocybin is acting as a “cellular bridge” between two worlds. By comparing the evolutionary trajectory of humans and different species of mushrooms, Stamets believes that new interconnections within the microbiome can lead to several unique evolutionary benefits. It is his life’s mission to preserve as many species of mushrooms as possible and to protect pristine forests and woodlands. Many mushrooms, including the Wigweed a.k.a. Lion’s Mane, exhibit medicinal properties which can be used naturally in the field of mental health. Stamets suspects that his “stacking protocol” has the potential to realise the next quantum leap in human consciousness.

What is Lion’s Mane?

The Lion’s Mane has long been used as a general booster for the mind’s functioning mechanisms. When you encounter this mushroom in its natural environment, it resembles anything but a “normal” mushroom. The Lion’s Mane derives its name from its creamy white spines that resemble the manes of a lion more than anything else. The Lion’s Mane has a several substances in which it stands out, but the most notable are the polysaccharides HEM. Polysaccharides HEM have a profound impact on the brain and the nervous system. They help in the transmission of signals between nerves and myelin. Myelin is the substance that covers the nerve which is responsible for signal transmission between cells. Lion’s Mane is the mushroom for cognitive support and promotes functionality in many areas. Some examples of possible effects are:

Lion’s Mane can also be used very effectively as a nootropic. Nootropics are known to be substances that improve brain functioning and are suitable for long-term use. Nootropics are particularly used for a boost in concentration or when one has to study intensively.

Niacin is part of the vitamin B complex and is also known as Vitamin B3. Niacin occurs in 2 different forms: nicotinic acid and nicotinamide. It used to be thought that there was only 1 type of vitamin B, just as there is only 1 type of vitamin C. Later it became apparent that vitamin B consists of several active vitamins. Therefore, the vitamin B complex now consists of several vitamins, each with its own number. Vitamin B3 has several tasks, it:

Paul Stamets hypothesizes that niacin’s ability to stimulate the peripheral nervous system could extend the nootropic effects of Lion’s Mane and Psilocybin to the entire body, rather than limiting them to the central nervous system. If this were possible, it could potentially increase the connection between mind and body, and reverse the effects of neurodegenerative diseases.

Since research into this area is still in its early stages, it is somewhat difficult to draw any tangible conclusions. Stamets himself states that ”the stack” could make a significant contribution to the social environment. In a patent application, he states that various effects can occur which might improve the quality of living. A few examples are:

Many case studies as well as individual reports demonstrate significant results, even after a short period of use. However, Stamets himself says that on average it will take a bit longer before one notices results which by scientific standards is more plausible.

How do I handle the protocol?

The stack protocol is based on a 5-day cycle. You therefore take the ”stack” for 5 days consecutively followed by a 2-day break. By taking a rest period, the body’s ability to develop tolerance for Psilocybin is reduced. It is recommended to use the protocol for at least 1 to 2 months. For optimal efficacy, you can consider the following composition as a daily average:

Ultimately, it is up to you how and for how long you want to stick with the protocol. Some people say they use the Stamets Stack for an indefinite period of time, while others prefer a break for up to four weeks after a dosing phase of approximately two months. Be observant and careful. Listen to your body in order to discover your optimal individual dosage.

After popularization of the ”Paul Stamets Stack” it didn’t take long for people to experiment extensively with various complementary options. This was followed by the release of many personal reports of people who seemed to benefit from ”stacking” the non-psycho-active Cordyceps. In 2020, Microdosing Institute developed a new formula combining Cordyceps with vitamin B12. A few examples of the potential benefits that could be experienced are:

The unique combination was already known in the world of sports before it was used in combination with Psilocybin. With thanks to the Microdosing Institute, this is now being added on a regular basis when Microdosing Psilocybin. The stimulating effect on the metabolism can reduce fatigue and drowsiness during a Microdosing phase. The “stacking method” provides an additional boost that some people find very beneficial.

What does Cordyceps do?

Cordyceps, also called Ophiocordyceps Sinensus is a widely used mushroom from China. In the wild it grows at altitudes of 3000 to 5000 meters high up in the Himalayan mountain ranges of Tibet and China. Cordyceps has a restorative and uplifting effect on the mind and body. Cordyceps has been demonstrated to contain medicinal compounds that support the neuro-endocrine system. This is what possibly gives the Cordyceps its uplifting effect.

The main constituents are: cordy-cepine, nucleotides, polysaccharides, sterols, trace elements and various minerals. These compounds are beneficial to the cardiovascular, respiratory, and metabolic systems. Cordyceps has been shown to support fatigue, improve oxygen absorption, improve lung capacity and improve the functioning of vital organs. In China, this mushroom is widely used by elite athletes for its impact on the respiratory system and the overall performance of the body.

What does Vitamin B12 do?

How do I use the protocol?

We recommend using this stacking method in addition to the ”Every other Day” protocol. Take your preferred dose of Psilocybin on the Micrododing Days and add the following on a daily basis:

It is recommended to use the protocol for at least 1 up to 2 months. Then schedule a period of rest for at least 2 to 4 weeks. At this point you discontinue the use of Psilocybin entirely for a short period of time. The consumption of Cordyceps and B12 do not necessarily have to be stopped. After this break, you can resume the intake of Psilocybin. Do listen carefully to your body in order to determine your personal optimal dosage.

This information is intended for educational purposes only. Do not substitute this content for medical advice or professional treatment. When using the ”Stacking” methods, you are consuming the products at your own risk having full knowledge that it is not an approved medical treatment for any condition whatsoever.